In 1930 Sam Saunders wished to present Whippingham Church with a church hall. The Vicar decided not to accept the building unless it was accompanied by a £5,000 endowment. Sam could not accept this condition and instead gave the spacious hall to the community, although the firm Saunders Roe still held the lease.

It was completed in 1931, probably constructed of bricks from Sam Saunders’ own brickyard at Gunville and was designed by the Newport architect Cheverton.

Queen Mary agreed to open the building during one of her frequent visits to Cowes and they arranged to meet at Trinity Wharf at 11.00am. Sam waited until midday and as there was still no sign of the Queen he returned to his house at Padmore. The local blacksmith, Frank Rann, promised to send his son, 12 year old Bob, to fetch Sam from Padmore if the Queen appeared. About an hour later the Queen arrived by car and Bob raced off. Unfortunately, Queen Mary immediately declared the building open and departed before Sam arrived. Bob Rann recalled that Sam Saunders was very annoyed, to put it politely!

The hall was used for various village events. There are tales of exciting dances held on Saturday nights for villagers. One regular function of the hall from the earliest days was as a Working Men’s Club. This provided relaxation and amusement for the men of the village for some years. Grace Davison understood from her mother that things became a little bit rowdy when drink was sold at meetings so the club came to an end before 1939.

The Barton and Whippingham Women’s Institute started their meetings at the hall in 1934. Their meetings continued there until 1939, when the hall was no longer available for village entertainments. This was because the offices of Saunders Roe were evacuated to the Island from London and took up residence in the hall. Staff both lived and worked at the Community Hall.

Five girls came down from the London office on 13th September 1939, then days after war was declared. The side nearest the main road was altered for the girls, with partitions making three little single rooms and a twin room. Una Bennett, just 17 years old, shared the latter. Margery Hodgson, Joan Rice and Kathleen Kerr were the other three Londoners. The kitchen and cloakroom facilities were available to them, with a dining and sitting room. Mrs Edwards from Alverstone Road came in every day to cook for the girls. The remainder of the building was one large room, used as the Saunders Row office, where they joined several other Island girls.

Bob Rann put up the blackout boards daily, met Una, and two years later they were married. After serving in the navy for the duration of the war, Bob came back to work at the Forge with his father.

Una remembered her time living and working at the hall with some affection. The girls called themselves ‘the evacuees’. They had guests to parties at the hall and made many friends with numerous young men from the neighbourhood!

In April 1950 the building was purchased from Saunders Roe by the Isle of Wight Council and used as an annexe to Whippingham School. The eastern side of the hall was divided to make two classrooms, for the reception and class one. School lunches were served there.

In 1984 there was much discussion in the village as to what was to happen to the Community Hall when the school moved out. Some people felt that it should be returned to the community, while other thought it was unnecessary to keep the building. The county council had plans to sell it for conversion to two bungalows. A public meeting was held, and voted in favour of keeping the building as a community hall.

Whippingham Community Association was formed and, thanks to them, the village has a building for numerous functions which have enriched the lives of the community, such as a gardening club, tea dances, short mat bowls and talks.

The Association is entirely reliant upon lettings for its income. It has been the venue for public meetings on local issues. The Whippingham Partnership, which published a Heritage Trail around the village, met at the hall and now the Whippingham Parish Council meet there. The community hall continues to be used by the community as Sam Saunders intended. 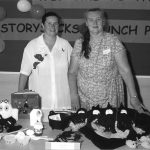 Sylvia Brownscombe and Joyce Fearnley at a WI event 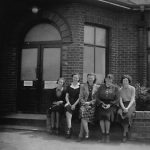 Some of ‘The Evacuees’ that came from the SARO London office in 1939 to live at the Community Centre. 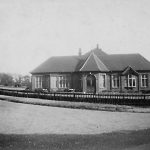 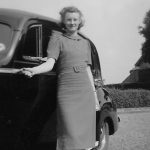 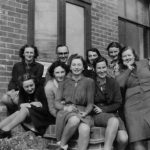 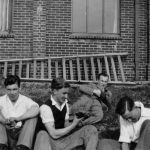 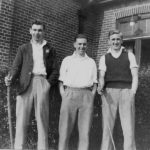 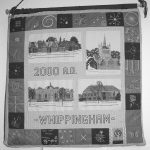 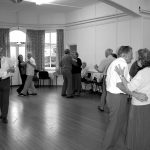 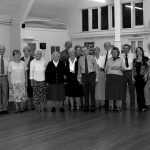 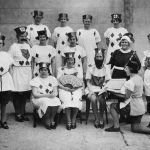 Cast of a pageant performance by Whippingham WI in the 1930s 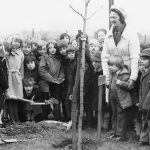 Mrs Grace Davison plants a tree for Osborne WI in 1974